A world of inequality, migration, odd banking system, populist politics and apocalyptic climate change, does that sound familiar? Ignoring the lack of dragons and replacing zombies with humans surgically attached to their smart-phones, you’d almost be forgiven for thinking that Game of Thrones was an archetypal portrayal of today’s world.

What will GoT fans do now? More importantly, is winter coming to HBO, or more precisely its parent AT&T? Film streaming rivals will be watching closely to see if fans decide to cancel their monthly subscription. From screening to streaming, ‘binge TV’  has disrupted how we consume stories and heralded a new age of television¹.

Competing with the likes of Netflix was one of the reasons that AT&T spent more than $80 billion to take over Time Warner in 2016. At the time of writing, ‘HBO now’ was the top related search term when Googling Game of Thrones.

The film industry is now a franchise/brand-driven business, where sex and violence sells. HBO got lucky that writer George RR Martin said no to Hollywood to adapt A Song of Ice and Fire. A decision based on the creative freedom multiple episodes and less onerous guidance restrictions that streamed TV offers over cinemas.

Despite spending on average $15 million per episode in season eight (making it one of the most expensive TV shows of all time), from a business perspective, ending a franchise worth $1 billion that has become a cultural phenomenon does not make sense.

From 2.51 million viewers for the first episode, the Battle of Winterfell amassed 400,000 more viewers than the season eight premier, which now totals more than 38 million. If 1.2 million fans care enough to sign a petition to demand a re-write of the ending, engagement with the franchise suggests there is appetite for more. Worried shareholders of AT&T might also agree.

Akin to football match post-mortems, post episode social media traffic has driven the franchise’s brand value to the point that images of a disposable coffee cup left on scene (and erroneously attributed to Starbucks) went viral giving the coffee chain free advertising estimated to be worth as much as $2.3 billion.

Lost in fantasy, over the last eight years viewers have been subliminally exposed to real world themes. Take Tyrion Lannister, who briefly takes on the role of Master of the Coin with no previous experience in finance. He discovers Littlefinger, aka Lord Petyr Baelish, a political entrepreneur in it to line his own pocket.

Baelish, likened to Boris Johnson during Brexit, has been borrowing all of the court’s money leaving the Iron Throne in debt to the Iron Bank of Braavos, akin perhaps to the International Monetary Fund? One only needs Google Panama Papers to discover true life political plundering. So far, $1.2 billion has been recovered globally since 2016.

The unofficial House of Lannister motto is ‘a Lannister always pay his debts’. But how?

During the airing of the entire HBO series, global public debt² grew by 31%. In theory, this debt growth means state interference in higher debt nations such as Greece, Italy, Venezuela, as well as the US. The potential for higher taxes in the future cannot be discounted in these countries.

In Westeros, new taxes were employed: on prostitution “to improve the morals of the city”; and on refugees fleeing from war to the safety of the capital. When this did not suffice, the inflationary scheme of ‘coin clipping’ was introduced. Sounds very similar to the Federal Reserve’s quantitative easing programme.

Debt needs to be rolled over regularly and politics is driven by those who promise to solve the debt 'problem' without increasing taxes. Enter the populist movement that has gathered momentum since Game of Thrones first aired. And the political deaths that have gone with it.

While not as bad as the mortality rate of Kings Landing—322 of the 540 deaths to July 2017—but the political ‘death’ toll over the last eight years is still noteworthy. A Ned Stark-esque David Cameron ceded in May 2016 to the now outgoing Theresa May, but not before throwing the UK into Brexit turmoil as part of the country rejected federal ambitions. This applies equally to Westeros and the EU.

Meanwhile 2017 saw the demise of François Hollande and Barak Obama. Emmanuel Macron’s win unleashed the gilets jaunes, a populist movement that can loosely be compared to the sparrows.

And just one look at America’s current trade war with China—that resulted in Tencent Video not airing the final GoT episode—highlights Donald Trump as living proof of power and the dangers of wielding it. Not a coincidence then that Martin likened Trump to King Joffrey.

In lieu of Game of Thrones, perhaps Venezuela’s current presidential tousle between Trump-recognised Juan Guaido and incumbent Nicolas Maduro could make for prime time viewing. Could a union of the world’s greatest oil reserves and the greatest producer boost the price of oil, which has gone from $107.46 per barrel to $64.93 since 2011?

On the flip side equities have rallied: Dow, NASDAQ and MSCI World up 117%, 234% and 64%, respectively, and the market capitalisation of Apple and Amazon have gone up 208% and 1004%. And it is precisely this rally that has seen investors such as Harvard Management Company and Massachusetts Pension Reserves Investment Management Board battening down the hatches with hedge funds.

In its 2019 Asset Allocation Letter titled Winter is coming, but when? NEPC, Mass PRIM’s asset allocation adviser, talks of late cycle dynamics, tightening global liquidity, China transitions and a globalisation backlash, and suggests diversification and disciplined rebalancing are critical to survive the transition into and through the late stage of an expansionary economic cycle.

There are many potential political and economic similarities one can draw between the real world and the fantasy lands in a Game of Thrones, but when Martin started writing A Song of Ice and Fire in 1991, he intended it as climate change-related science fiction, long before it became a sub-genre.

In the eight years that Game of Thrones has been aired, Al Gore’s 2006 global warming documentary went from An Inconvenient Truth to An Inconvenient Sequel in 2017, in the same year Trump withdrew the US from the Paris Agreement.

Globally, August 2018 became the warmest month on record, and extreme weather events and failure of climate-change mitigation and adaptation were in the top three of the 2019 World Economic Forum’s Global Risk Perception Survey in terms of both likelihood and impact.

In an interview with The New York Times, Martin said: “The people in Westeros are fighting their individual battles over power and status and wealth. And those are so distracting them that they’re ignoring the threat of ‘winter is coming’, which has the potential to destroy all of them and to destroy their world”.

Martin spells out the parallel. “We’re ignoring [climate change] while we worry about the next election and issues that people are concerned about, like jobs.…none of them are important if, like, we’re dead and our cities are under the ocean. So really, climate change should be the number one priority for any politician who is capable of looking past the next election”.

But as the UK went to the polls for the European elections, climate change seems to be an afterthought for many parties.

Yet Jeremy Grantham started the year by pledging $1 billion to fight climate change; one hedge fund is donating $100 million a year for the climate emergency too; and a month before the last episode of Game of Thrones started, Mark Carney, the Governor of the Bank of England issued an open letter on climate related financial risks.

In what looks like a dramatic plot-twist worthy of its own HBO series, could it be it be that bankers and fund managers—with a 16-year old Swede at the helm—are going to save the planet? 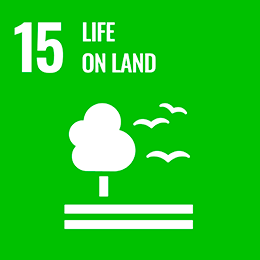 ¹ The Global Debt Clock, The Economist

Past performance may not be indicative of future results. Asset allocation it relies to some extent on the past. And the past is a long time. One of our key human weaknesses is the tendency to overweight the recent past in any analysis of the future.