Consider the Portuguese word saudade. Delicious nostalgia and hope. Almost untranslatable because it relates to something that has not (and may never) happen.

Five world cups (and the only team to have played in every tournament) but beaten 7-1 by Germany in 2014. Kids' prized soccer boots flung over telephone wires because they’ve lost a street match.

The most abundant nature and geographic diversity in the world and a literacy rate of almost 92%, but nearly 25% of the population live below the poverty line on $5.50 a month.

Try telling a Brazilian that their economy has promise. It’s like telling a Spurs fan that they’ve got a chance of winning the Premier League. They’ve been burned too many times to believe it. The nation’s greatest playwright nailed it: “Brazil is very unpopular in Brazil”.

Will new President Jair Bolsonaro lift Brazil’s spirits (and fortunes)? He says he is going to ‘change the destiny of Brazil’. And with Paulo Guedes, co-founder of BTG Pactual as ‘super minister’ of the economy, one would think so.

Cheap credit, a vast oil discovery and commodities, such as iron, soya beans and corn, have made Brazil the emerging market investor’s darling. And Bolsonaro’s current plans intend to build on this momentum, even if environmentalists are concerned by the cost to indigenous lands and the Amazon.

Yet Brazil’s future lies in both restructuring the mechanics of its economy and tapping into the human potential in general, and across growth industries such as healthcare and tourism in particular.

Of the 12% of the working population unemployed, 25% are 18 to 24-year olds; an additional 13 million are underemployed; and if the gender inequality were addressed, 14% could be added to annual GDP by 2025, according to report Preparing Brazil for the Future of Work.

With investment in digital infrastructure—40% of the population still lacks internet access—the urban concentration(86% live in cities) is the perfect platform to allow the world’s 4th largest democracy to re-ignite the gig economy, which saw Uber and Airbnb headquarter their Latin American operations in São Paulo.

Although still only a small source of employment, technology is an emerging sector. In the northeast of Brazil, Porto Digital is a technology park in Recife¹ aimed at fostering technological innovation. There are about 267 institutions employing 8,500 people, and plans to expand to Santo Amaro and Caruaru by 2020.

Demographically, Brazil’s dependency ratio will increase to 60.2 by 2050 meaning that care and healthcare will become more relevant to policy makers. The Brazilian healthcare sector is already one of the fastest growing industries globally, currently employing 5%.

The rise of the middle class will not only see Brazil projected to be the fifth-largest consumer market globally by 2030, but this cadre is both driving growth in health and later life care as well as tourism.

In 2017, the travel and tourism sector accounted for nearly 8% of employment in Brazil, some 6.6 million jobs, and some 7.9%of GDP. By 2027, the sector is projected to create an additional 1.5 million jobs.

Emerging from the worst recession in its history, the world’s 8th largest economy not only has double digit unemployment, but a debt to GDP ratio of 88.4% and a reputation tarnished by corruption scandals².

Brazil’s current financial crisis is not text book, however. It has a current account deficit of 0.5% of GDP; inflation is low; and it is in the top 10 countries with the highest foreign currency reserves.

Now that Carnival is over, Bolsonaro has to face overhauling the social security and pension systems, which cost the equivalent of 13% of GDP. With the elderly population as percentage of the working-age population tripling to 36.7% by 2050, the problem is only going to get worse.

Pension reform, as successive French presidents have found out, is not good for your popularity and in Brazil too many senior civil servants have a vested interest in the status quo. Tackling social security is essential, however, if the country wants to reverse its fortunes that have been waxing and waning since independence from Portugal.

The proposed social security bill, which sees $270 billion in pensions savings over a decade, is due to be approved in the 4th quarter, so the President and former army officer has until end of the year to ‘prove’ himself.

And that’s the opportunity.

And, whilst the phrase ‘pension reform’ provokes scepticism in the eyes of global investors, and despite the vested domestic interests at stake, visceral opposition to the idea seems surprisingly scarce.

The political process will have its volatility for sure but our belief is that it will be far shorter and more effective than international investors have come to expect from their own markets.

On our recent trip to Brazil, the head of a major bank gave his outlook for the country: “professionally I’m cautiously optimistic; privately I’m ecstatic”.

The developed world, not just Europe, offers largely negative real returns. Brazil (along with Russia, Mexico and Indonesia) offers decent, positive, real returns. And this despite the strong decline in nominal rates over the past two years.

So, for the first time in a generation Brazilians believe in their potential. What are we waiting for? 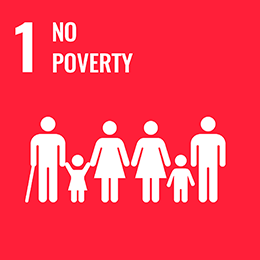 As the new year begins, some reflect on the past and others proffer predictions for the future. We prefer to look at long-term themes but if we were to make a prediction we foresee a Latino president in the Oval Office in the near future.

Latin America: Back to the future

With its history of hyper-inflation and populist governments, Latin America is frequently overlooked. Corruption, a shrinking economy and a deadly virus might sound like a script for a Hollywood movie, but could the region see democracy returning?

Einstein is said to have defined insanity as doing the same thing over again and expecting different results. In Wriston’s Law of Capital and Sleeper pins, A Ineichen has defined ‘going Venezuela’ as doing the wrong thing repeatedly with great conviction.