Japan: Against the Odds

Is Japan’s rugby success a sign of (economic) things to come?

“Please remember: things are not what they seem” ― Haruki Murakami, author of 1Q84

‘Is Abenomics working or will Japan continue to be an investor’s widow-maker?’  While basking under the rugby spotlight, Japan is facing its ultimate conundrum; good brand but low-to-no growth.

Unlike its neighbour, where Made in China very clearly needs a public relations’ overhaul, ‘Made in Japan’ is the polar opposite. Brand Japan stands for technological precision and innovation, and yet this has not stopped the country struggling for more than two ‘lost’ decades.

Ask a stranger what Japan means to them and the answers will range from cameras (Canon vs Nikon) to sushi; from Hello Kitty (a multi-billion dollar ‘cute’ brand) to kimonos and culture, but ask an investor and the camp will divide very sharply into ‘love it’ for a few aficionados and ‘hate it’ for the majority.

In finance, a widow-maker is any ‘winning’ trade that never materialises, but in Japan it has traditionally been shorting Japanese Government Bonds (JGBs) on the back of huge national debt and a bond rally that had to end sometime, but never did. After a two-year equity market rally and the Nikkei Index surpassing the 20,000 level to hit it’s late ‘80s peak earlier this year, some now fear another widow-making crash is around the corner.

For a number of reasons we believe that ‘Made in Japan’ is back in vogue and not just due to a weaker yen or the Robot Revolution that is making the country more productive. For burnt investors, however, the Land of the Rising Sun is tantamount to the Latrodectus, the Black Widow spider with a reputation for eating its partner after mating, so why would they go anywhere near it?

We think Haruki Murakami, the contemporary Japanese writer, is right when he says “Things are not what they seem.” Think about it. Japan is on a mission to clean up its economic act and, coincidentally perhaps, sport seems to have become its public relations passport; it has been picked to host the 2020 Olympic Games and the 2019 Rugby World Cup.

And that that was before they beat South Africa. Few could believe that the Cherry Blossoms, Japan’s national rugby union team more recently known as The Brave Blossoms, could beat the Springboks, but they did. So who says they cannot reclaim their rightful place in the global economic stage?

Focusing on whether or not Prime Minister Shinzo Abe’s the ‘three arrows’ strategy, known as  Abenomics, based on monetary easing, government spending, and business deregulation, can overcome the legacy of the lost decades is old news. As global investors, we are focusing on a couple of fundamental structural changes that could put Japan back on the allocator’s map.

The first takes into account Japan’s aging and shrinking population of 127 million and the second aims to reform a weak corporate governance structure. Both actions should add depth, trust and stability to Japan’s equity market, and its international public image was boosted by a recent International Monetary Fund consultation that concluded a modest economic recovery is on its way.

A year ago, to solve the pensions’ crisis, under the leadership of Hiromichi Mizuno, a former private equity specialist, Japan’s Government Pension Investment Fund (GPIF) was freed from its bond shackles to allocate to more domestic and international equities.

The aim is to increase the return of the fund that is paying out more to retirees than it is getting in contributions. It will do this by reducing the 49.6% allocation to Japanese bonds to 35% and equities, which previously made up 35% of the portfolio, will be increased to 50%.

The $1.1 trillion Government Pension Investment Fund, which recently and significantly became a signatory to the United Nations six Principles for Responsible Investing, is said to have earned an average of 2.8% in the nine years to March 2013, but according to Reuters was up 12.27% in the financial year ending March 2015.

Even more telling, the GPIF is not the only one doing this. According to the Wall Street Journal, the Promotion and Mutual Aid Corporation for Private Schools of Japan, the Pension Fund Association for Local Government Officials and the Federation of National Public Service Personnel Mutual Aid Associations, with combined assets of $249 billion, have all decided to move more money from bonds to equities too.

The shift of all of this capital into the domestic equity market and out of JGBs has been assisting in weakening the yen—with Japan’s exporters witnessing the collateral benefit of this—while boosting the equity markets back to the highs of 15 years ago. Yet on its own Japan sceptics could be forgiven for seeing this as an internally-driven temporary market shift, were it not for the simultaneous move towards more shareholder responsibility.

This structural reform of Japan’s corporate market forms part of the third arrow of the Abenomics strategy was boosted further when Japan Exchange Group (JPX Group) and Nikkei agreed to develop a new equity index, the JPX Nikkei 400, designed to promote good governance in the companies within it.

In the past, it has been only foreign investors that wanted reforms to Japan’s opaque and convoluted corporate structure filled with cross-shareholdings and matryoshka doll-style holdings, where one listed company owns the majority of the shares of another listed company. But now that more Japanese investors will have their savings in domestic equites it is more likely that they too will board the corporate governance bus and call for independent external board directors.

Adopting the six UN Principles for Responsible Investing and the adoption of the JPX Nikkei 400 benchmark by the GPIF are significant steps towards better governance, but loudest voices are still coming from hedge funds such as Dan Loeb’s Third Point, whose recent lobby against Fanuc’s ‘illogical’ structure not only resulted in the world’s largest manufacturer of industrial robots setting up an investor relations department but also returning some cash to shareholders, according to The Economist.

As Japan’s Blossoms prepare for their match against the US, and a Japanese Super Rugby team, to be called the Sunwolves, is being created to play a historic first game against the Emirates Lions in Tokyo in February 2016, all the signs are there for Japan’s entry to the global stage in a sport in which it has no history.

But, in finance, Japan is no newcomer. It has the third largest global equity market; it has the largest state-sponsored, pension fund; there is an international audience desperate for a growth story; and with Abenomics, an economic strategy designed to change the stagnancy of the past. Is a winning trade just around the corner?

We believe so. And because everyone else has given up and gone home, some of the best placed players are the domestic hedge funds. In 2013, this strategy was the top performing single country class. But then (as the 1984 Alphaville song goes) “Things are easy when you are big in Japan”. 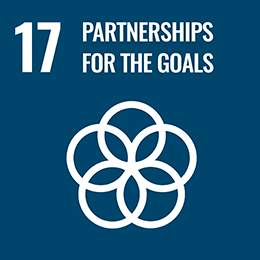 Today, sport is a global multi-billion-dollar business, predicted to grow to $614 billion by 2022. As countries like Greece go into debt for the honour, does the return on investment for hosting the Olympics, or the World Cup, really make economic sense?

Past performance may not be indicative of future results. Asset allocation it relies to some extent on the past. And the past is a long time. One of our key human weaknesses is the tendency to overweight the recent past in any analysis of the future.

Rise of the Robots

“I believe that at the end of the century the use of words and general educated opinion will have altered so much that one will be able to speak of machines thinking without expecting to be contradicted" ― Alan Turing, Computing Machinery and Intelligence