“Time and Tide wait for no man” ― Geoffrey Chaucer

British filmmaker Ali Tabrizi recently caused uproar in the marine conservation community with his well-intended film Seaspiracy that took an over simplified look at the devastating impact of industrial fisheries. While the problem is very real, another documentary Racing Extinction highlights how communities around the globe depend on fishing to survive.

By 2030, an estimated 40 million people will be employed by ocean-based industries such as shipping, energy, seafood and tourism, which is why this year’s World Ocean Day theme was Life & Livelihoods. And, why the possibility of sustainable fishing, as outlined in Casper Ohm’s documentary The End of the Line, can legitimately be part of a sustainable (and regenerative) blue economy.

Twenty years ago, Sir David Attenborough first narrated Blue Planet revealing the mysteries of the deepest seas, including the previously unknown migrations routes of blue whales. He returned in 2017 with Blue Planet II that opened people’s eyes to the dangers of single-use plastic, a pollution problem that is now the basis of ocean plastic innovation.

It seems, however, that the cephalopod in the Academy-award-winning My Octopus Teacher has opened our eyes to the fragility of life and humanity's connection to nature. What both lockdown ‘blockbusters’ like these have done is reconnect us to the ocean.

Not only do oceans cover some 71% of the planet but they produce at least 50% of the oxygen we breathe. More importantly, oceans absorb more than 90% of the climate’s heat and 25% of the carbon emissions.

Since the 2015 Paris Agreement, the world has focused on limiting global warming by reducing carbon dioxide emissions into the atmosphere through largely land-based initiatives, missing vast potential of the ocean to sequester carbon dioxide.

What still needs to be reinforced in the mainstream climate crisis narrative is that greenhouse gases/climate change and the health of the oceans are inextricably linked. The bleached coral reefs in Chasing Coral goes some way to do this.

Moreover, when carcasses of large fish and whales sink, they sequester ‘blue’ carbon in the deep ocean according to a recent study. Although the blue carbon market is still small, interest is growing as the understanding of the rate of carbon capture of sea grasses, mangroves and salt marshes becomes more widely understood.

The oceans themselves are one of the world’s largest carbon sinks, absorbing around 25% of all C0₂ emissions, and therefore essential in limiting global warming.

Oceans also provide the main source of protein for more than one billion people globally. According to the 2015 report Reviving the Ocean Economy: The case for action, the value of the ocean’s assets is $24 trillion.

At $2.5 trillion, the value of ocean related goods and services, including fishing, tourism, and shipping, is exactly the same figure as the per annum cost to society of ocean plastic pollution, which the Ellen MacArthur Foundation predicts will see more plastic than fish (by weight) in the sea by 2050.

If the ocean were compared to the world’s top 10 largest economies, it would rank 7th, so its health and sustainability is paramount. For this reason, last December, the leaders of 14 countries, whose governments are responsible for 40% of global coastlines, set up the High-level Panel for a Sustainable Ocean Economy.

The panel, which has committed to end overfishing, while also restoring falling fish populations and ending the movement of plastic pollution into the sea over the next 10 years, produced a report A Sustainable Ocean Economy for 2050  that found that by reforming subsidies and ending overfishing as well as creating sustainable aquaculture could generate benefits of $6.7 trillion over the next 30 years.

Meanwhile, restoring mangroves on tropical coastlines would return $3 for every $1 spent, and offshore wind investors can generate $17 on every $1 spent under the right conditions.

Earlier this year, Peter Thomson, United Nations Secretary-General’s Special Envoy for the Ocean highlighted the crucial link that has been missing from most of the climate discussions to date, namely that of the planet’s health with the ocean’s health, at the 3rd Abu Dhabi Sustainable Finance Forum. “We can’t have a healthy planet without a healthy ocean. That is why sustainable finance for the Sustainable Blue Economy is of vital importance to us all”.

This is also why the European Commission, which is sponsoring the Sustainable Blue Economy Finance Initiative, has just launched a coastal and ocean industries sustainability plan that calls for blue economy to become more circular and less polluting.

In addition to government and international finance institutions initiatives such as the World Bank’s PROBLUE multi-donor trust fund and the Asian Development Bank’s $5 billion Action Plan for Health Oceans and Sustainable Blue Economies, corporates also need to be involved.

According to Science Advances, the 100 largest transnational corporations, dubbed the Ocean 100, generated a total of $1.1 trillion in revenues in 2018, representing 60% of the total revenues of $1.9 trillion generated by these ocean industries.

Here, in a similar fashion to climate action, investor activism is essential. Even though leaders are now targeting net-zero greenhouse-gas emissions, very few have grasped the fact that climate and ocean ecosystems are inextricably linked.

A recent report by the Intergovernmental Panel on Climate Change highlights the impacts of climate change on the ocean and the resulting implications for low-lying areas and coastal communities.

Right now, the Gulf Stream System, which acts as a climate regulator by redistributing heat, has been slowing down by 15% since the mid-20th century affecting sea levels. In the US east coast, for example, sea levels are rising.

The Center for Climate Integrity issued a study that concluded that by 2040, building sea walls for storm surge protection for US coastal cities with more than 25,000 residents will cost $42 billion. Including communities under that threshold would see that cost reach $400 billion.

From an insurance perspective, insured losses from all of last year's disaster events around the world were $89 billion, the fifth highest on Swiss RE’s research records, with $81 billon related to natural catastrophes. According to Swiss RE, history suggests that future peak-loss scenarios could grow to as high as $250 to $300 billion.

Year after year, the World Economic Forum’s The Global Risks Report has been highlighting the interconnection of risks such as food security and climate, and marine/coastal eco-systems are a place to look for solutions (and investment opportunities) to both of these problems.

Think lab-grown ‘fish’; floating wind projects; solar desalination; biomass fuel; the myriad of uses for seaweed; and even ocean plastic. Aquaculture alone is growing at a CAGR of 7.4% and projected to be worth $56.38 billion by 2026.

Despite this, there are a number of reasons why the blue economy has not captured the investor zeitgeist in the same way as the climate crisis. Firstly, sustainability projects are often fragmented and not always providing either the scale, returns on investment or regular revenues that investors seek.

Another reason is that the blue economy is complicated, so finance and maritime industry experience and knowledge is essential. All of this leading to a dearth of dedicated investment funds.

This lack of engagement in ocean finance is underscored by findings of KPMG’s Survey of Sustainability Reporting. The United Nations’ Sustainable Development Goal (SDG) 14: Life Below Water, which impacts all of the SDGs, has been identified as one of the least prioritised SDGs, with only 18% of companies prioritising it. The SDG14 funding gap is an estimated $174.52 billion per year.

Yet raising $212 million at launch, the Credit Suisse Rockefeller Ocean Engagement Fund proves that the appetite is there. To this end, the EU together with European Investment fund, launched the €75 million BlueInvest Fund that is providing financing to underlying equity funds that strategically target and support innovation in the blue economy.

Ocean financing is seeing innovation. In addition to blue bonds issued by the Bank of China and the Nordic Investment Bank, Morgan Stanley underwrote the World Bank’s $10 million issuance of 30-year blue bonds aimed at solving the challenge of plastic waste pollution in oceans and the Seychelles issued its first debt for nature swap.

More recently, when hurricane Delta hit Puerto Morelos in Mexico in October last year, it triggered a $850,000 insurance pay-out that paid for the repair of the town’s coral reef; an experiment that could see the marriage of nature and finance to protect against the effects of climate change.

If My Octopus Teacher taught us anything is that it is essential to look at the planet as a single interlinked ecosystem, where the ocean’s health is inextricably linked to climate change. The more carbon dioxide in the atmosphere, the more CO₂ dissolves into the ocean, affecting aquatic and plant life, on top of the impact of overfishing and plastic pollution.

All of this echoes what John Kerry, US Special Presidential Envoy for Climate in Joe Biden’s administration said at the start of the year, “You cannot protect the oceans without solving climate change and you can’t solve climate change without protecting the oceans”. 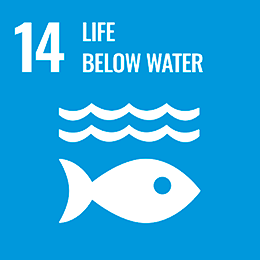 An island three times the size of France in the Pacific is 1.6 million square kilometre floating mass of more than 1.8 trillion pieces of rubbish. By 2050, there will be more plastic than fish in the sea. A bleak future or can we all profit from plastic?