“Water, water, everywhere, Nor any drop to drink” ― Samuel Taylor Coleridge, The Rime of the Ancient Mariner

Does a river have rights? A Denver lawyer recently asked a judge to recognise the Colorado River as a person. If this happens, not only could rivers, forests and mountains start to sue companies, governments and individuals, but it could become part of a solution to one of the greatest risks the world currently faces: water scarcity.

More precisely, freshwater scarcity. More than 70% of the world might be covered in water with the oceans making up 96.5% of the total water supply, but how much of this is useable freshwater?

Freshwater from the ground, rivers or lakes, makes up less than 0.8% of the global water total. The majority we use comes from rivers: this is only 1/10,000th of the percentage of total water available.

Understanding this risk is complex as it is inextricably linked to other threats to global stability, namely, famine, terrorism, inequality, disease and poverty. In 2015, there were 2.1 billion people without safely managed drinking water, largely in lower income countries.

But by 2040, the World Resources Institute has created a map showing that 33 countries will be water-stressed areas. And some are in the developed world with 14 of these likely to be in the Middle East; a region known for water-related turmoil. The Six Day War in 1967 started with a water dispute.

For this reason, there are many who believe that the next world war will be fought over water. But water disputes are far from just a Middle Eastern issue. Shared water resources between India and Pakistan are a cause for concern as the latter’s aquifer is the second most stressed in the world.

Water security is as important as water availability (and quality). The impact of too little water is obvious: food shortages (thus higher prices) but there is also the disruption of trade that has the potential to aggravate political tensions.

Syria’s civil war had its roots in drought and water shortages, while Russia’s grain export ban following the heatwave in August 2010, impacted its Middle Eastern clients (in particular Egypt, its biggest customer).

More recently, poor rains and low availability of water for irrigation has hit North Korea’s agricultural sector with rice production dropping by 26% in 2015.

For the effects of too much water, we only need to look at the devastation of recent climatic events such as hurricanes Irma, Harvey and Maria with floods in Texas and Puerto Rico. The longer term economic impact of Thailand’s 2011 flood on farming as well as the automotive and consumer electronics industries are now well documented.

Climate-driven water impact is only one part of the equation. In addition to farming (which uses some 70% of the freshwater total), the oil industry and more recently the data centres are water guzzlers too.

In the US alone, the oil industry produces around 60 million barrels of waste water per day, while 41% of America’s water withdrawals¹ go towards cooling power stations. Meanwhile, water consumption at technology data centres is estimated at 3.5 million gallons per MegaWatt per year. On top of that, it takes 30 litres of water to make one chip for one computer.

For these reasons alone, by 2030 the global gap between the supply of freshwater and the demand could reach 40%, according to a McKinsey report Charting our water future.

Unravelling the strands of water scarcity is not for the faint hearted, but it is precisely this complexity that makes water an investment super trend worth taking a closer look at.

According to BCC Research, Water and Wastewater Treatment Technologies, the demand for water and wastewater treatment products is expected to reach about $96.3 billion by 2019.

So buying stocks of companies that either expand the water supply; or increase water efficiency; or treat and filter water is one way to go. In addition to water utilities, infrastructure and equipment, buying water rights or investing in water rich farmland are also options.

But anyone familiar with Dr. Michael Burry’s fortunes (he made nearly $1 billion betting against the US housing market in 2008) might find his take far more interesting. Burry, who is portrayed by Christian Bale in The Big Short, started looking at investments in water about 15 years ago.

“Fresh, clean water cannot be taken for granted. And it is not — water is political, and litigious,” Burry, founder of Scion Capital, said in an interview with New York Magazine.

“Transporting water is impractical for both political and physical reasons, so buying up water rights did not make a lot of sense to me, unless I was pursuing a greater fool theory of investment — which was not my intention.”

“What became clear to me is that food is the way to invest in water. That is, grow food in water-rich areas and transport it for sale in water-poor areas. This is the method for redistributing water that is least contentious, and ultimately it can be profitable, which will ensure that this redistribution is sustainable.”

Individual companies such as Coca Cola, Ford, Nestle, and EDF are all investing in ways to improve the way they conserve, manage or obtain water. All for different reasons. While investors, such as the Norwegian Oil Fund, are pushing for improved reporting on corporate water risks.

In terms of what can be done, effective change is really in the hands of governments. This is why the Colorado River outcome will be very interesting. In the meantime, the desalination industry will continue to benefit and aquifers will continue to be under pressure.

Nestle’s Peter Brabeck believes that water scarcity is a more pressing problem than climate change². He points out that while water is undervalued it will continue to be used inefficiently.

According to the Rickards Real Cost Water Index, a benchmark of the true cost of water production in individual geographic areas, London had the most expensive water in 2013 and Manila the cheapest.

What is now obvious is that the cost of water is increasing. Quite soon, Adam Smith’s diamond-water paradox is likely to start inverting.

And this is the trade on which Dr Michael Burry is counting. 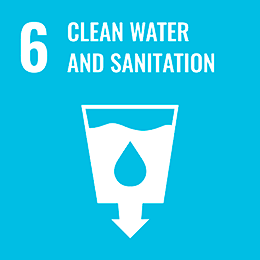 Covering 71% of the earth's surface, oceans provide protein for 1bn+ people and millions of jobs; absorb the majority of climate’s heat and 25% of carbon emissions. With ocean assets valued at $24trn, why are investors not flocking to the blue economy?