When President Trump’s bid to buy Greenland took over Twitter last August it was not a case of outlandish fake news, it was about smartphones and electric cars. A defensive tactic in the Sino-US trade war to protect America’s technology, manufacturing and defence industries.

As pandemic protectionism takes root, in the wake of China’s latest ‘export’, the US is considering tax breaks to companies for pulling supply chains from the People’s Republic. It still needs, however, to shore up access to rare earth metals; the export that President Xi Jinping was threatening to weaponise a year ago.

Required for rechargeable batteries, catalytic converters, fluorescent lighting as well as solar and wind power, it was a prescient Deng Xiaoping that on a visit to a mine in inner Mongolia in 1987 made this powerful observation: “The Middle East has its oil; China has rare earths”.

That year, VCRs were all the rage; the first pocket sized mobile phone cost $3,750; IBM launched its first laptop that weighed 13lbs; and Microsoft launched Windows 2.0. Who then knew the importance that 15 rare earths, known as lanthanides in the periodic table, would have in the 21st century?

Also including scandium and yttrium, which typically occur in the same ore deposits as the lanthanides, rare earths are metallic elements used as catalysts, phosphors or polishing compounds. Sometimes referred to as ‘spice metals’, these elements are typically alloyed with other metals like iron or aluminium to enhance the latter’s properties, making them harder, lighter, more magnetic or more conductive.

For example, erbium can amplify light at the right wavelength for fibre-optic cables; europium produces the red colour in TV and other screens; cerium is found in ceramics; lanthanum is used to refine oil and for the infrared-absorbing glass in night vision goggles; samarium essential in precision-guided weapons; and scandium, increasingly used in the aerospace industry, is an aluminium alloy often found in baseball bats.

Neodymium, which when alloyed with iron and boron, produces extremely strong permanent magnets, such as those used in the motor of Tesla’s Model 3 Long Range car. Magnets such as those in smartphones, computer hard drives, wind turbine generators, speakers/ headphones, microwave power tubes, anti-lock brakes, as well as in magnetic resonance imaging machines, pacemakers and a range of medical equipment, are the main uses of rare earths.

It is easy to see why rare earths have become a pawn in the US/China trade war. In 2017, China, which has around one third of the 120,000 tons of global reserves, produced more than 80% of the global supply of rare earth metals and compounds. Furthermore, its exports to the US accounted for 78% of America’s 17,000 tons of rare earth imports.

Of the total US rare earth imports, 10,000 tons of lanthanum compounds—found in camera lenses, hybrid vehicles and swimming pools—and 3,600 tons of cerium compounds—Cerium oxide is used as a catalytic converter to reduce carbon monoxide emissions from cars—came from China.

Pre-pandemic, the rare earth elements market was expected to grow at a CAGR of 8% between 2019 and 2024. Driven by a move towards green technology (electric vehicle and wind power industries), the continued growth of global high-tech industries and the future markets of the emerging economies, but with the opposing force of the environmental consequences and expense of mining rare earths.

One reason China became a global force in these elements was that it was willing to bear the extraction and environmental costs of production. The government put specific policies in place between 1975 to 2018, ranging from encouraging the development of the upstream rare earth sector to developing downstream activities (such as magnets) in the 1990s.

You only need to look at globalisation’s posterchild to see that rare earths and the global economy grew in tandem. The iPhone alone uses eight different rare earth metals, while 16 of the 17 rare earth metals can be found across the various smart phones.

For the rare earth trend to continue upwards, users need to decouple from China. Since the early 2000s, China has been focusing on illegal mining, environmental degradation and its own domestic requirements. For this reason, in 2010 it cut its production of concentrates and related product exports, causing prices to rise more than fourfold from $13.13 per kg in the first quarter of that year.

That was also the year that China used rare earths as a weapon against Japan over a territorial dispute and stopped exports. The embargo forced Japan to look at alternatives for its products, reduce its consumption and find new sources. Sojitz, a Japan’s largest importer of rare earths, signed a deal with Lynas¹, an Australian-listed group that operates the Mount Weld mine, which has also benefited from the recent trade war tensions.

So where are future sources coming from? Despite their name, rare earth metals, even the rarer ones: thulium, in lasers; and lutetium, used in petroleum cracking; are not that rare; they are simply hard to extract or not found in extractable quantities.

Geographically, after China’s reserves of 44 million tons, Brazil and Vietnam both have 22 million tons of reserves a piece, with a large reserve of neodymium found in 2012 in Brazil’s Bahia state, and Vietnam joined forces with Japan in 2010 to develop its reserves. Meanwhile Russia and India come in 4th and 5th place with reserves of 12 and 6.9 million tons, respectively, according to the US Geological Survey, Mineral Commodity Summaries February report in 2019.

Australia and the US, which last year agreed to co-operate on rare earths² to combat China’s stronghold, have reserves of 3.4 and 1.4 million tons, respectively. But since president Xi Jinping’s highly publicised visit to a rare earths’ magnet maker, President Trump has been on a mission to find alternatives and ‘buying’ Greenland—which is estimated to hold 38.5 million metric tons of rare earths–was part of that plan.

Until the 1990s, however, the US led mining and production of rare earth elements through the Mountain Pass Mine in California, one of the largest reserves of rare earth in the world. The mine opened in 1952 for uranium deposits and later bastnaesite, from which europium essential for the colour in the colour televisions, was extracted.

Since the mine closed in 2002, in part because of the competition from China, it has had a couple of revivals, and most recently is run MP Materials, which is majority-owned by Chicago hedge fund JHL Capital and QVT Financial. A minority 9.9% stake owned by Chinese firm Shenghe Resources is believed to be creating a glitch for MP Materials that recently announced it had won the Pentagon contract to restore domestic heavy rare earths production.

With potential new mines in Texas and Wyoming, China’s threat to the US weakens. The Round Top project, a mountain 85 miles east of El Paso, contains five out of the six light rare earths and 10 out of the 11 heavy ones (as well as large deposits of lithium), while Bear Lodge, in the northeast corner of Wyoming is home to as yet untapped 18 million tons of rare earths.

From an investment point of view, trading in rare earths is still an off-exchange physical market. Listed investments are typically via a select group of miners such as Lynas Corporation in Australia, with many such Qingdao Huicheng Environmental Technology, China Rare Earth Holdings and Rare Earth Magnesium Technology Holdings located in China.

Mining may have become a dirty word, but are we able to live without smart tech in an increasingly green tech world? Back in 1987, General Motors’ Sunraycer won the World Solar Challenge, the first solar-powered car race, using 8,800 solar cells. Today, electric vehicles are becoming the fossil fuel-free norm, but they come at a price.

In 2018, the global production of new energy vehicles exceeded two million units (more than half of which were produced in China). In 2009, Toyota’s Prius hybrid used 1kg of neodymium in each motor and 10kg to 15 kg of lanthanum for each battery. A decade later, the Japanese carmaker announced that the electric vehicle magnets will be made from the more abundant and cheaper rare earths, lanthanum and cerium.

To ease our dependence on mining, there is always recycling. For inspiration we can look at Japan and the now postponed Tokyo 2020 Olympic and Paralympics. The medals have been made from 78,985 tons of recycled electronics, including 6.21 million recycled mobile phones, which according to the Tokyo 2020 Medal Project yielded 32 kg of gold, 3,500 kg of silver, and 2,200 kilograms of bronze (copper and zinc).

E-waste is big business. In 2016, the generation of e-waste has grown to 44.7 million metric tons annually, equivalent to almost 4,500 Eiffel Towers with the raw materials potentially valued at €55 billion, according to The Global E-waste Monitor 2017.

Apple is leading the recycling charge. It has announced plans to use recycled rare earths in its ‘Taptic Engine’, the flat screen that mimics physical buttons. And, if we ever get back to a world where the precise time is required that clock might run on ytterbium or lutetium. 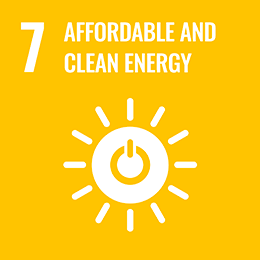 The battle for semiconductor supremacy reads like a script for a duel between DC Comics’ Man of Steel and Marvel’s Iron Man. Is the digital age’s superhero silicon about to come face to face with its nemesis: carbon?

Welcome to a virtual world where chats disappear, anything you want to watch or listen to is free and ‘truth’ lives in a search engine. If it is that important, then there’s an app.

Wimbledon and Rolls Royce all conjure up great Britishness, while Hermès is part of the Paris luxe brand and Ferrari embodies la dolce vita Italiana. Nations too have brands; think Swiss precision, or the vivacity of the samba and soccer in Brazil.