Ready for the big leap?

“Nothing endures but change” ― Heraclitus

It is hard to ignore Saudi Arabia these days; headlines painting an ever-bleaker picture for a country already associated with conflict and extremism. When looking at this oil giant with an investment lens, it is very easy to get distracted by the noise of politics.

In a similar fashion to Brazil, however, ignore the noise and the technical and fundamental aspects of the Kingdom bode well. When 80% of government revenues come from one commodity, the necessity for change is clear.

The 2014 oil price crash, subsequent fiscal deficits of SAR 367 billion in 2015¹ and last year’s Moody, Standard & Poor’s and Fitch² credit ratings downgrades, have exposed weakness to the country’s over reliance on petrodollars.

It is therefore no surprise that ending Saudi Arabia’s economic dependency on oil is at the heart of the McKinsey-designed National Transformation Plan – Vision 2030.

Crown prince Mohammed bin Salman wants to move the economy from 19th largest to 15th; increase the private sector’s contribution from 40% to 65% of GDP; up the non-oil government revenue from SAR 163 billion to SAR 1 trillion; and almost double foreign direct investment from 3.8% of GDP to 5.7%.

To do this there are some projects planned, such as tourism and entertainment, which are potentially at odds with the conservative nature of the country.

Developing 125 miles of Red Sea coast line into a luxury destination and creating an entertainment complex the size of Las Vegas are crucial steps towards giving people a chance to interact and immerse into cultural activities that have been banned since 1979.

The aim of these is to reconfigure the local economy to a more ‘normal’ dynamic where men and women share the economic burdens and compete for the opportunities. Economically, the beach complex alone could add $4 billion in revenues with both ventures combined aiming to add 57,000 jobs.

While these steps are not a panacea for economic malaise, creating 1.2 million private sector jobs in new industries should help to unblock a youthful society where half the population is under 25³.

Inspired by the youth-driven Silicon Valley, technology also seems to be a key focus in the Crown Prince’s post oil-revenue reform. At the recent Future Initiative Conference, Crown Prince Mohammed bin Salman announced plans to build a futuristic mega-city that will be bigger than Dubai.

The $500 billion tech city, to be called Neom, will be run using renewable energy and have more robots than humans. In fact, it was at the conference at the Ritz Carlton in Riyadh that Hanson Robotics’ Sophia was given Saudi citizenship.

The technology focus is echoed by the $3.5 billion invested by the Public Investment Fund to take a 5% stake in Uber Technologies4, as well as a sizeable promise to Japan’s SoftBank Vision Fund (which at $93 billion is the largest ever technology fund), both of which put the Kingdom on the tech map.

Turning the $157 billion sovereign wealth fund into the $2 trillion investment engine that will drive Saudi Arabia’s transformation into a global powerhouse hinges on two points: leveraging the assets of state-owned Aramco— whether by an international IPO or a combination of local listing and foreign private placement—and money brought in by the privatisation programme.

The Vision 2030 goals might be ambitious, but even if only 20% of the economic and societal reforms announced at ‘Davos in the Desert’5 succeed, the irrevocable path to change has started.

Irrespective of the outcome of Aramco6 listing, it’s inclusion of Saudi Arabia in the MSCI’s flagship emerging market index that will dramatically transform the local equity market.

As the ninth largest country with a 2.5% weighting7, the Saudi stock market could see at least $9 billion just in passive inflows with estimates of more than $50 billion in the coming years; a boon to local investors, who have typically invested domestically.

For lasting change to take root, however, Crown Prince Mohammed bin Salman understood that Saudi Arabia needed to link the economic ambitions with the more inclusive societal transformation, such as allowing women to drive: a move that could by itself add $90 billion to the economy by 2030.

John Edwards, former member of the Board of the Reserve Bank of Australia and author of Vision 2030 (part I): Saudi Arabia’s Bold Reinvention Plan agrees.

“The oil giant [Saudi Arabia] is at the beginning of a vast economic change that must, if it is successful, also profoundly change Saudi society and politics. Even failure will bring changes, perhaps bigger ones. As Saudi changes over the next decade or so, it will change regional and then global political calculations.”

The anti-corruption drive is not only showing the world that Saudi Arabia is on a mission to reform, but it is also signalling to its own younger generation that the new leadership seeks broader participation in economic growth.

Manal al-Sharif, the women's rights activist who helped start the female right to drive campaign, said “Saudi Arabia will never be the same again. The rain begins with a single drop”. She is right. The transition away from oil and the social reforms will take longer than planned, but the irreversible leap forward has begun. 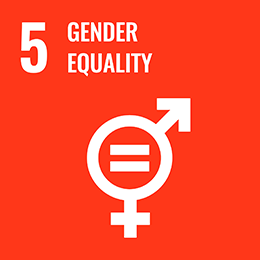 Five world cups, but beaten 7-1 by Germany in 2014. The most abundant nature in the world and a literacy rate of almost 92%, but nearly 25% of the population live below the poverty line. Try telling a Brazilian that their economy has promise.

Whether it is New York’s Greenwich Village or London’s Shoreditch, these neighbourhoods once home to artists and musicians are gentrified for the Whole Foods-shopping neo-yuppie urbanite. Housing no longer affordable. What does the future city look like?

Wimbledon and Rolls Royce all conjure up great Britishness, while Hermès is part of the Paris luxe brand and Ferrari embodies la dolce vita Italiana. Nations too have brands; think Swiss precision, or the vivacity of the samba and soccer in Brazil.